What Would You Do To Stop Hitler Today?

Knowing what you know now, would you have the courage or determination to stop Adolf Hitler if he were still in power today? What if he were doing to your own country what he did to so many others? Would you then take action? I sure hope so. It is based on my belief that most of us would actually take action against him today that I write this article. Hitler is no longer with us, of course, but his puppeteers and the organization that HE reported to are still very much alive and well. So my question to you is, what are you, as an American and a Christian willing to do about those who are even worse that the evil Fuhrer?

Fact: Hitler’s fascist dream was fully funded by those who were more rich and powerful than he was. In fact, this was done specifically as a test to determine whether or not the fascist economy was feasible. Hitler provided the perfect character and Germany provided the perfect demographics to those who were pulling the strings for this experiment.  (See Wall Street and the Rise of Hitler by Anthony Sutton)

So, who are these puppeteers? Unfortunately their presence is vast and found abundantly in every government throughout the world. They represent the top 10% of the entire wealth of the world. They perpetuate their desires for more money and more power through organizations such as the New World Order, the United Nations, the Tri-lateral Commission, the Illuminati, and other like organizations. Yes, the Nazi movement was funded by American AND European international bankers. The whole plan was not simply to take over Germany, but more specifically to take over Russia which had a great deal of land mass, population, and natural resources. As any student of Russian history can see, this powerful group of conspirators has been very successful in running Russia and its Communistic agenda. As you know, WWII was able to bring about much destruction to Russia, and it was certainly successful in infiltrating their monetary system, government, and culture which remains in place today. (These same groups also funded and manipulated the Bolshevik Revolution, prior to WWII in order to pave the way for their plans. John Schiff, for example, a very prominent member of the New York wealthy contributed about $20,000,000 for the Bolshevik Revolution. There were also many other New York firms who contributed as well. (See Secret Records Revealed by Dennis Laurence Cuddy, PhD, pg. 28). So, what’s next? Where else is there an intelligent and talented population, a great deal of land mass, and natural resources? Um…that would be the United States of America. A reasonable, yet diabolical, plan would be to crumble the United States while also perpetuating the threat of conflict between these two powerhouse nations. While such an assertion will officially “out” me as a “nut,” I feel that I must shed some light on this matter because I know it’s true. I know this is real. I pray that there are those who will read this and ask themselves some of the same questions.

As I was doing some more research recently regarding the Federal Reserve, NWO, and the United Nations, I was struck with this concept. I found myself asking this question: “Surely no American would tolerate Hitler’s behavior today, but would they be willing to tolerate the actions and sheer evil of those who influenced Hitler?” I have to believe that the answer is NO. I have to believe that Americans will wake up to the fact that we are being manipulated in every possible, way, shape, and form possible by those who believe they pull the strings and hold all of the power. I may be naïve to think that we would all look up from our Guitar Hero II, Facebook, or other addictions long enough to take notice of what is actually going on, let alone do something about it. But I can at least hope.

So what is it exactly that “they” are doing? They are carrying out their objective to rewrite our entire way of life. The New World Order for example has a very clear and concise set of goals.

1)     Abolish Monarch and all ordered Government 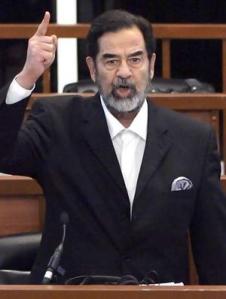 Well, let’s look at the first one. They sure are making a dent, aren’t they? What government we do have has been infiltrated with ulterior motives, complacency, and every possible violation against the U.S. Constitution possible. We cease to have a government when our government officials are acting improperly and in violation of our own laws. In spite of us having three branches of government intended to uphold and protect the U.S. Constitution, every branch of our government has succumbed to corruption and treasonous acts. Our executive branch, for example–Clinton illegally calling us into the war in Kosovo for 78 days. Only Congress has such authority and yet Clinton got away with it without so much as a “boo” from anyone. No Congressional investigation. No media coverage. No outcry. Legislation is taking place from our Judiciary branch of government rather than upholding the law. Did you know that you’re not even permitted to bring up the Constitution when arguing a case?! You have to cite another, previous case. You cannot bring up the U.S. Constitution when supporting a case and expect it to have any weight! Lastly we have our legislative branch supporting illegal and unconstitutional laws knowingly, and even worse unknowingly, because they can’t be bothered to even read the proposed legislation. So why are these persons behaving this way and compromising everything we hold dear? Because they are clearly being influenced by those who have the money. Why in the world do you think that we went after Saddam Hussein instead of some enemies of the U.S. who are an even bigger threat to us such as some Chinese persons? Oh, that would be because we can’t make any waves with the Chinese. They own us. They are carrying too much of our debt.  Instead we manipulate the media and portray Hussein as enemy number 1, bring about a war so that the “powers that be” can reap huge profits, and do the bidding as the world’s police enforcement as desired by the United Nations. Yeah, Hussein was horrid. But he’s nowhere NEAR the threat that the media would have had us believe. We simply had to be manipulated to be completely behind the war against him and his nation in order for the plan to be carried out. We don’t even have to go outside of our own country to find villains who are much worse than Hussein. Our government is definitely not intact, folks.

Second: Private Property. Yup. They’ve pretty much demolished that as indicated by the big check that everyone has to write this time of year. Even with a completely free and clear home, we are still obligated to pay our property taxes.  We also have to pay taxes again and again on the supplies which we purchase for our business. You see folks, if you don’t have property, you are not truly free. We all instinctively require a place to call home. We need a holy abode that is ours to flourish in, raise a family, teach, worship, and live as we please. If we never truly have our own home, then we are never free to just be. This is precisely why private property is on the radar of the conspirators.

Third: Inheritance. This is the same as private property. Death is inevitable to all men. But if we have a bunch of oppressive and overwhelming laws that makes the passing down of property and wealth to someone else then it compounds and makes a lay citizen wealthy with time. However, if the inheritance is taxed out the wazoo, then with every death that takes place in our nation, the powerful become more wealthy and it’s only a matter of time until they own the majority of it all.

Fourth: Patriotism. Do I need to address anything else other than how the DHS heads are attempting to portray the patriotic in this nation? Remember, the media is OWNED, lock, stock and barrel, by the wealthy conspirators. They got paid plenty of money to portray the Tea Parties with unrepeatable descriptions!  (Also, keep in mind that DHS came to be because of an act of war. Contrived? Yup. Coincidence? I think not.)

Fifth: The abolishment of the family. In other words marriage, morality, the education of our children, etc. are all under attack. Let’s diminish the role of the parents in the lives of the children. Let’s minimize the value of a child. Let’s tax married couples more than we tax single parents. That’s right. Let’s assign a financial penalty for being married and then while we’re at it, let’s desecrate what marriage even is. Let’s give the government authority to step in and take children from their parents without any legal prudence. In fact, just to show how worthless a marriage and fidelity is, let’s elect prominent government officials and parade around their infidelity! Also, let’s keep siblings away from each other. Forget that there is a foster family that’s fully willing to take ALL THREE boys under the age of 8 into their loving home. Let’s be a just plain stupid judge and send one of the boys to a foster home that doesn’t have the time, inclination, or desire to take care of him. Yup. The very existence of a family is under attack at every possible turn.

And lastly, abolish religion. This is the most frightening one of all. In the name of “religious freedom” all three branches of our government have curbed the freedom of religious expression to make broad room for the expression of NO religion. Don’t people realize that Satanism and atheism is not a religion? The founding fathers intended to protect religion, not those who have no religious belief. I can burn a flag, but I cannot pledge to it. I can get on my knees in submission to a warrantless arrest, but I cannot kneel in prayer in public lands. Yes, our religious freedom, our families, our patriotism, our inheritance of values and property, as well as our property and government have all been chiseled down to represent a more fascist world of power.

So in closing, I ask the same question I began with. Are you willing to stop the very same evil that drove Hitler’s actions?